Above: Edward Habelman,
photo taken around 1907.

Our Company: A Family Tradition for Over 100 Years 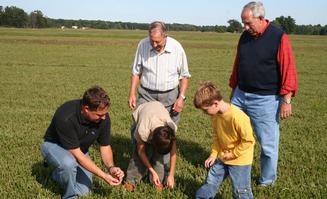 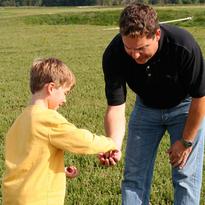 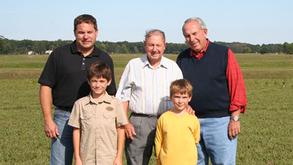 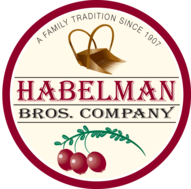 A letter was found in the basement wall while Raymond Habelman Jr. was remodeling his family home in 1986. The letter is from a Dr. H.B. Johnson. It was written to Edward Habelman dated March 8, 1907.

"Ed: I have seen what your place and machinery are and I know what I have and I have made up my mind what I will do, so I am going to make you an offer, which I think is a bargain for you. If I didn't know you to be a square, sober, industrious businessman, and could make money for us I would not make you this offer."

The letter goes on, in detail, to make Edward an offer to trade his acreage, farm equipment and animals for half interest in the marsh and everything on it. This deal included the option to eventually purchase the other half interest. This offer was accepted by Edward and Anna Habelman. They ran the farm, what is now our Tunnel City Marsh, successfully and on March 14, 1914, borrowed $3,000.00 at 6% interest from the Bank of Tomah for five years. With this they purchased the other half interest in the farm. Edward and his sons developed the marsh from thirteen to twenty five acres upon his death in 1925.

In 1934, a partnership, Habelman Brothers was formed by the sons of Edward; Clair, Kenneth, Lloyd, Raymond and Robert. Robert is the only living "original" Habelman Brother (2009). In addition to the Johnson marsh, the brothers purchased land in the town of New Lyme (Millston), Monroe County, Wisconsin in 1934. In 1948, Clair sold his interest in Habelman Brothers to purchase his own marsh in Tomah, which was later purchased by HBC in 1970.